← more from
Yep Roc Records
Get fresh music recommendations delivered to your inbox every Friday.
We've updated our Terms of Use. You can review the changes here.

Directed by Haris Cehajic and Sloan 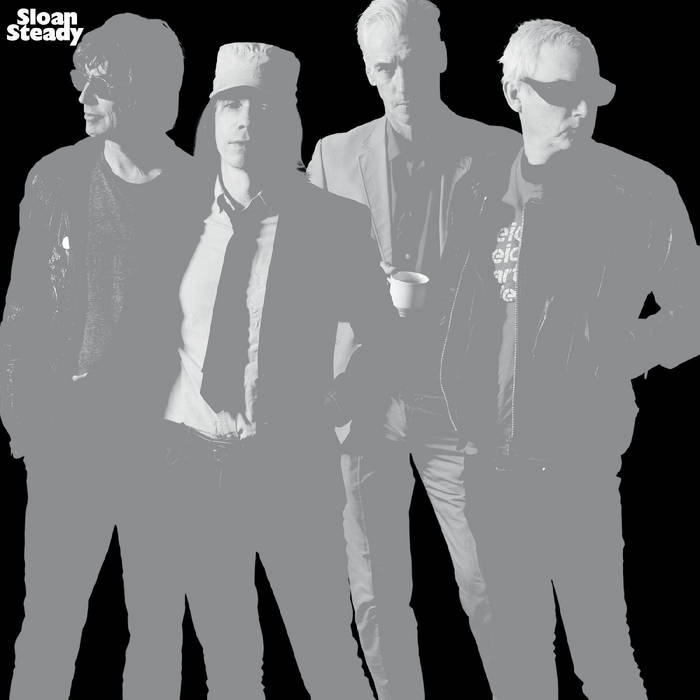 marcusalmightygemineye Wow! What a great album. I'm a long time Sloan fan..so great to see the band firing on all cylinders still.
I grabbed the vinyl of this album. Incredible that the drum tracks were recorded on a 4 track cassette machine. They sound great. Favorite track: Magical Thinking.

BetoR Hard to choose a favorite track. Not sure how they do it after all this time still great, fresh, very melodic songs. Stars aligned when these 4 got together. Favorite track: Dream It All Over Again.

A Blaze On The Northern Beaches

There are certainly enough noteworthy events and experiences peppered through the 30-year history of Canadian indie rock heroes Sloan to make for a good yarn.

From the band’s earliest home studio recordings that married their pop smarts with fizzy, fuzzed out guitars that sat somewhere to the left of the shoegaze and grunge movements of the day, to the chaotic yet charismatic energy they brought to the earliest live shows in their home town of Halifax, Nova Scotia, the quartet – bassist and vocalist Chris Murphy, guitarists/vocalists Jay Ferguson and Patrick Pentland, and drummer/vocalist Andrew Scott – possessed a rare chemistry from the start. With the release of their debut album, Smeared, in 1992 (on label du jour DGC, home to Nirvana and Teenage Fanclub among others), the band set off on a trajectory that would, even in the band’s first few years, provide its share of challenges (label indifference to the follow-up album, 1994’s Twice Removed, which would lead to a temporary break-up of the band) and triumphs (the recording of what was intended to be a swan song in 1995’s One Chord to Another on their own label, murderecords, which turned into their biggest seller to date).

Yet, the bumps along the road that have taken out other bands, including many of their contemporaries of the time, didn’t derail Sloan. Instead, the band continued to rack up commercial hits (such as their amped-up 1998 album Navy Blues, featuring the anthemic “Money City Maniacs”), critically acclaimed efforts (see their sprawling double album from 2006, Never Hear the End of It) and a passionate international fan base over the span of three decades – a run that continues to this day.

To explore the reasons why the band has not only endured but evolved into an indie rock institution (a term the band would probably bristle at), a few theories rise to the top. From the beginning, the band has eschewed the typical star-making machinery that puts one member as the driving creative force, with the rest of the band serving as trusted accomplices. Sloan boasts four singing, songwriting multi-instrumentalists, all of whom contribute to the final fabric woven into each album. As a result you have a depth and breadth of music that defies simple characterizations like “power pop” or even “indie rock” – 2001’s Pretty Together balances charming chamber pop with fist-pumping rockers, while later efforts such as 2014’s Commonwealth and 2018’s fan favourite 12 contain multitudes in their track listings, ranging from Dylanesque streams of consciousness to short, sharp blasts of power pop. But somehow, it all remains quintessentially Sloan.

Another key part of the puzzle: from day one, the lineup of the band has remained unchanged. Through thick and thin, geographical relocation from Halifax to Toronto and who knows how many trials along the way, the band has stayed intact. Sure, many can point to the band’s practice, perhaps inspired by their hardcore and post-rock heroes, of splitting the earnings evenly. But there’s more at play here. There seems to be a shared understanding between both the band members themselves and their devoted audiences around the world that Sloan is the sum of its parts, and if one member were to leave for whatever reason, that would bring the story to a close. You can call this commitment – to an ideal, to friendships, to the music itself. But it resonates through the songs, through the live performances, and through the relationship the band has with their fans.

There are other aspects of the band that set them well apart from the pack – their uncanny ability to treat their music, and the presentation of it, with great care while not seeming to take themselves terribly seriously, for example. Ultimately, whatever theories appeal most to you when looking at the big, still-developing story that is Sloan, as you wind your way to the present day, there is one fact that is incontrovertible. In 2022, some 30 years on from when it all began, with the release of their 13th full-length album Steady, the tale is – thankfully – far from over.

All songs written by Sloan
All songs performed by Sloan except:
Gregory Macdonald: vocals, keyboards, percussion

All songs published by Two Minutes For Music Ltd. 2022
All songs SOCAN

Bandcamp Daily  your guide to the world of Bandcamp